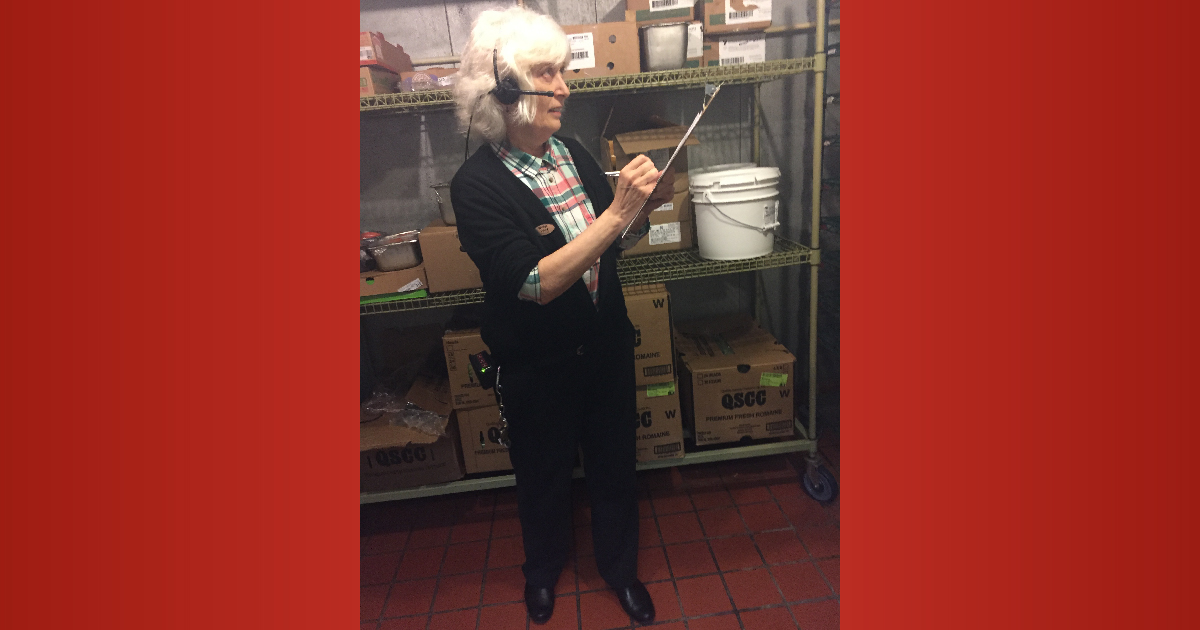 Pam D. has been with Wenco for the long haul––as far back as Wendy’s Where’s the Beef? days, in fact. Starting out at the Roseland, Indiana location in 1985, Pam worked as a co-manager before taking on the role of general manager at the St. Joseph, MIchigan location in 1994. She’s been running that store ever since.

Over the years, Pam has seen a lot of changes take place, namely, in the form of technology and efficiency. “We’ve come a long way,” Pam says. Whereas once whole onions were delivered in 50-pound bags, now they arrive already prepped. Food safety gets a lot more attention, and computers, of course, help streamline their systems. Mobile ordering is just one technological change that would have been impossible to imagine in the 1980s.

One of Pam’s biggest challenges at Wenco came very early one morning as she drove to open her store in Roseland. She couldn’t get to the restaurant because of commotion in the street. When she finally made it through the fire trucks, she saw, to her horror, that Wendy’s was burning down. “These were the days before alarms and cameras,” Pam says, so she had to undergo repeated questioning by the fire department since she had been the last person in the store the night before. Eventually an arsonist confessed to the crime, and the Roseland store was quickly rebuilt.

Pam has not only dealt with fire, but also with ice. During the polar vortex of last winter, she had to deal with frozen pipes. Fortunately, her store didn’t lose any hours of operation during some of the coldest days in history.

Efficiency is Pam’s favorite part of her job, and Wenco stands out compared to other places she’s worked: “We are very organized and have good systems in place that really work,” she says. “We’re always upgrading, and I’ve been with the company so long, I get excited when new things come along!” She cites developments in computer systems and an organized training program as key to keeping their restaurant on track. But the drive-thru is by far the most fun.

“I’m crazy about the drive-thru! We’ve done over 200 cars and $1,000 in one hour. They have trophies, and we have contests between stores for speed. Seventy-five percent of our business is through the drive-thru. It’s important, and the challenge is fun.”

After being at Wenco for so long, Pam doesn’t have a lot of questions, “but when I do, there is always someone there to help me. There is always support,” she explains, “and that’s important.”

Pam’s story shows that Wenco works hard to give their employees fun challenges and good systems to work with. We may have a position that’s just right for you—fill out the Quick Apply form to let us know your interests!

« Back to Blog
We will be guided by Christian Values and Principles with the purpose to honor God in all we do.
Zane Gross
President and CEO Wenco Wendy's Franchisee

Find us on:
Copyright © 2020 Wenco Wendy's Franchises. All rights reserved.