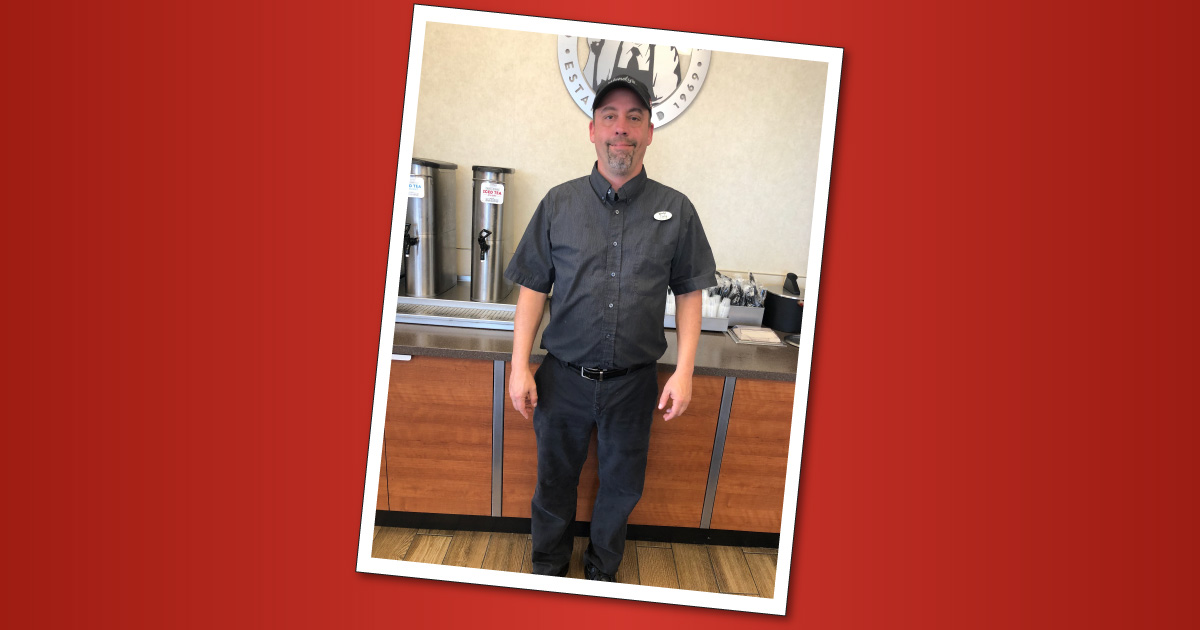 Tony F. knows a thing or two about overcoming challenges. When he arrived at Wendy’s Rootstown as General Manager in 2018, the restaurant’s numbers weren’t at their best: an average speed of service of 234 seconds per customer and an SMG (service management group) score of 43%. But Tony knew exactly how to get to work.

“My journey started off with hiring and team building, the most important part of what a GM does,” Tony says. He tripled the number of employees and managers, then put an internal rebuild in place, which involved giving his team members ownership over the process. By clearly defining roles and motivating employees to personally invest in improving the numbers, Tony oversaw a turnaround that made the drive toward success “infectious”—an average speed of service of 135 seconds and an SMG of 71%.

One change that can’t be so easily quantified is work culture, but it has clearly transformed in sync with the restaurant’s performance. “Once people do things the right way,” Tony explains, “success happens, and it makes people want to be there. They are a part of the change, and they can see their own success. They actually have fun at work!”

Having worked as a general manager at a number of other restaurant chains, Tony cites Wenco as having a clearer sense of structure, accountability, and communication. He also enjoys the dynamic of the Rootstown location specifically, a highway restaurant that serves a lot of travelers both in the drive-thru and dining room.

Mostly, he enjoys his relationships with his employees, who see the store as their “second home” as a result of creating the Rootstown success story as a team. “If you don’t empower your employees,” Tony says, “how do you know what they can and cannot do?”

Tony’s story highlights the biggest reward of being a manager—seeing employees have success! And Wenco is committed to giving their employees fun challenges and good systems to work with. We may have a position that’s just right for you—fill out the Quick Apply form to let us know your interests!