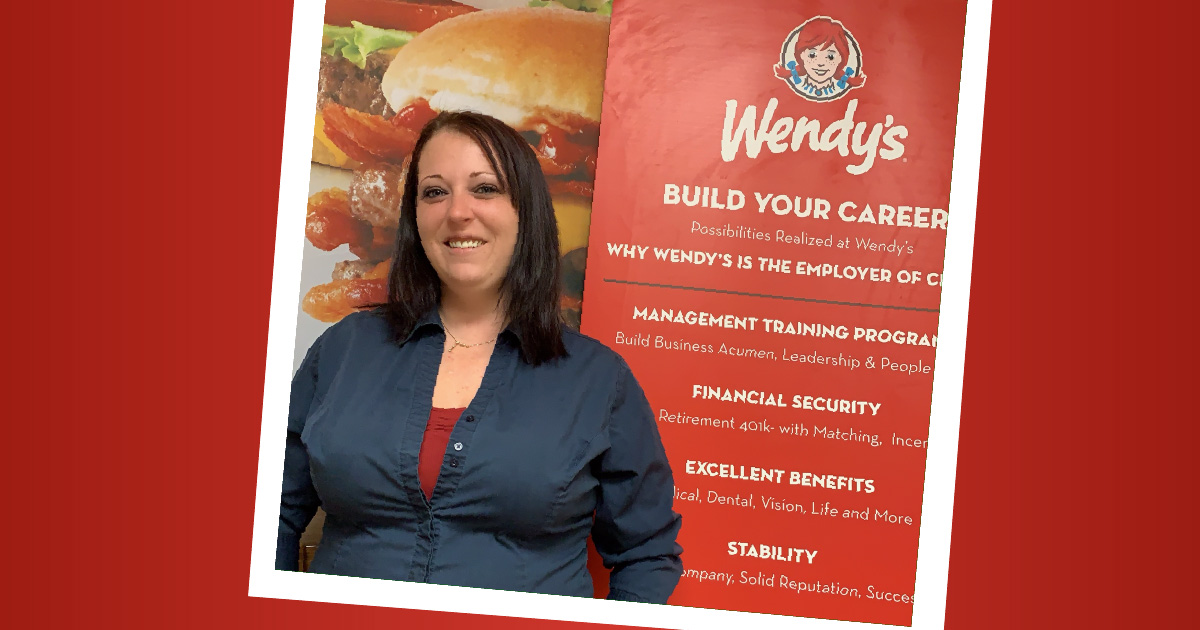 For CaSondra Edwards, management success is all about leading by example. And though she puts a lot of hours and hard work into her Wendy’s Burbank location, one of the busiest in the county, it’s easy for her to model a positive attitude. After one-and-a-half years as general manager, she still walks in the door each day excited to serve customers alongside a team that has become her family.

CaSondra has worked in the food industry for several years, first as a chef, then as a general manager. When she started applying for a new job in 2018, she prioritized finding an organized company that operates consistently with its stated values.

“They treat their people like people,” CaSondra says, pointing out that Wendy's takes the time to listen to their employees. “That’s huge. Most companies just don’t listen. Here you have the support from your district managers, division leaders, and director of operations.”

The value of teamwork extends to all employees at individual locations. CaSondra says that while “most establishments fill their stores with bodies to fill spots,” Wendy’s focuses on building teams intentionally. “I don’t think I have one employee in the store who doesn’t come in and give one hundred percent and care about their job. I’ve worked in restaurants for a long time, and it’s really hard to build a team this strong and devoted.”

The strong team ethic at Wendy’s Burbank, of course, has a lot to do with CaSondra herself, who refuses to “sit behind a desk and bark orders.” She believes in a hands-on approach that keeps her involved with the 32 people on her team. “If they’re scrubbing floors, I’m scrubbing floors, too,” she says. When she started at Wendy’s, she assumed she would grow into a DM position, as she did in her previous jobs. But now she can’t imagine doing anything else.

“I love my job, love my team, love my store. I’ve finally found a place to call home.”